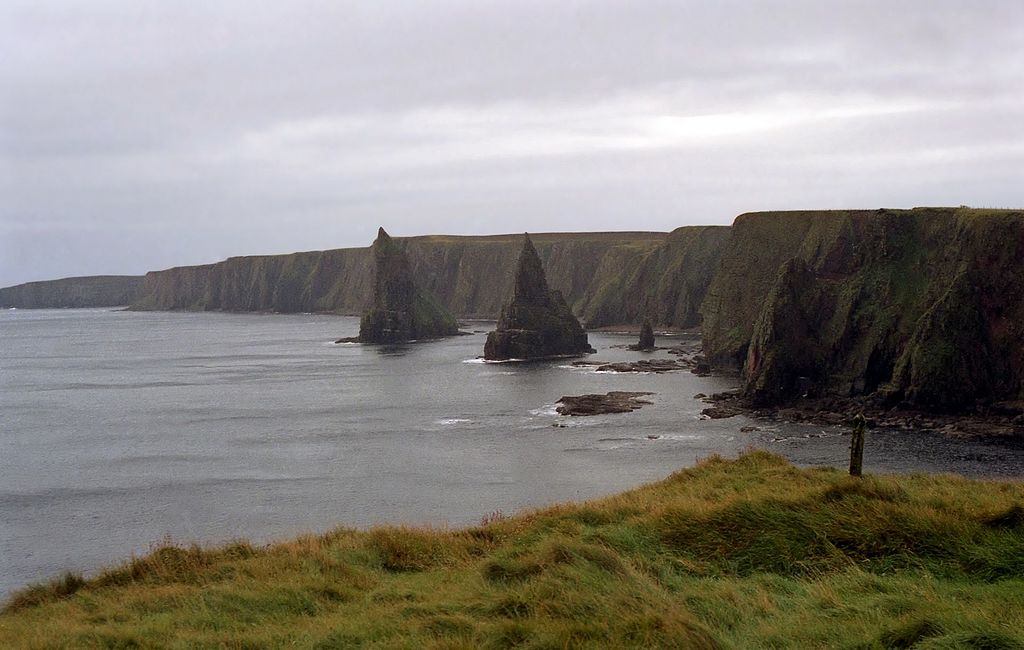 The Roman geographer Ptolemy in his first century AD map called it the ‘clean-cut cape’: Duncansby Head looks like a piece from a giant jigsaw puzzle. The sandstone cliffs drop more than 200 feet into the sea, and the grass grows all the way to the edge, which gives them their neat appearance. The Head is the north-east tip of the country, at the entrance to the Pentland Firth which separates Scotland from Orkney. To the south of Duncansby lighthouse the cliffs are cleft in great gashes (called ‘geos’); one of them is arched by a natural bridge.

Duncansby Head is a hidden gem and worth a visit on your tours of Scotland, contact Ireland & Scotland Luxury Tours now to organise your private chauffeur tour.