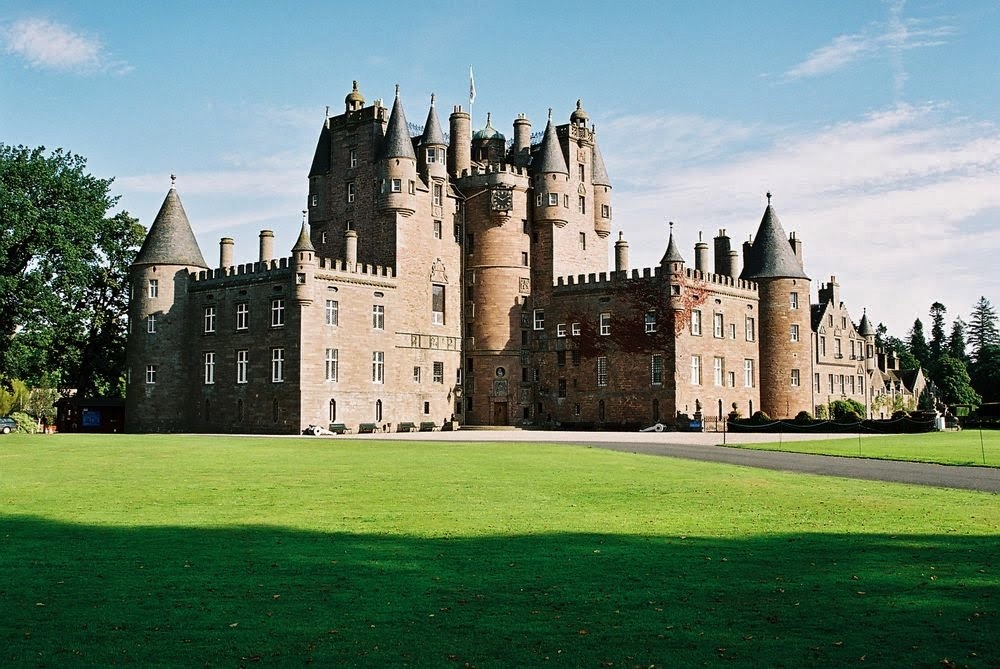 The association of Glamis with Shakespeare’s Macbeth is historically vague; the present structure dates mainly from the last quarter of the 17th century, by which time the Englishman who wrote the greatest Scottish play was long dead. However, a building of some sort was on this site before, and a king – Malcolm II, not Duncan – may have been murdered in it or nearby in 1034. There is toil and trouble too in its past, though of a slightly different kind from that suggested by Shakespeare’s three witches: Lady Glamis herself was burned for witchcraft in 1537, twenty-seven years before the poet’s birth. The present building, all battlements and turrets, was the home of the present Queen during her childhood, and Princess Margaret was born at Glamis in 1930. And there is yet another noble connection, in the legend that one of the Earls of Crawford plays forever in a hidden chamber with ‘the Devil’s buiks’, because he sold his soul to Old Nick.

Glamis Castle is a must-see attraction, contact Ireland & Scotland Luxury Tours now to organise your visit on your Scotland tours.