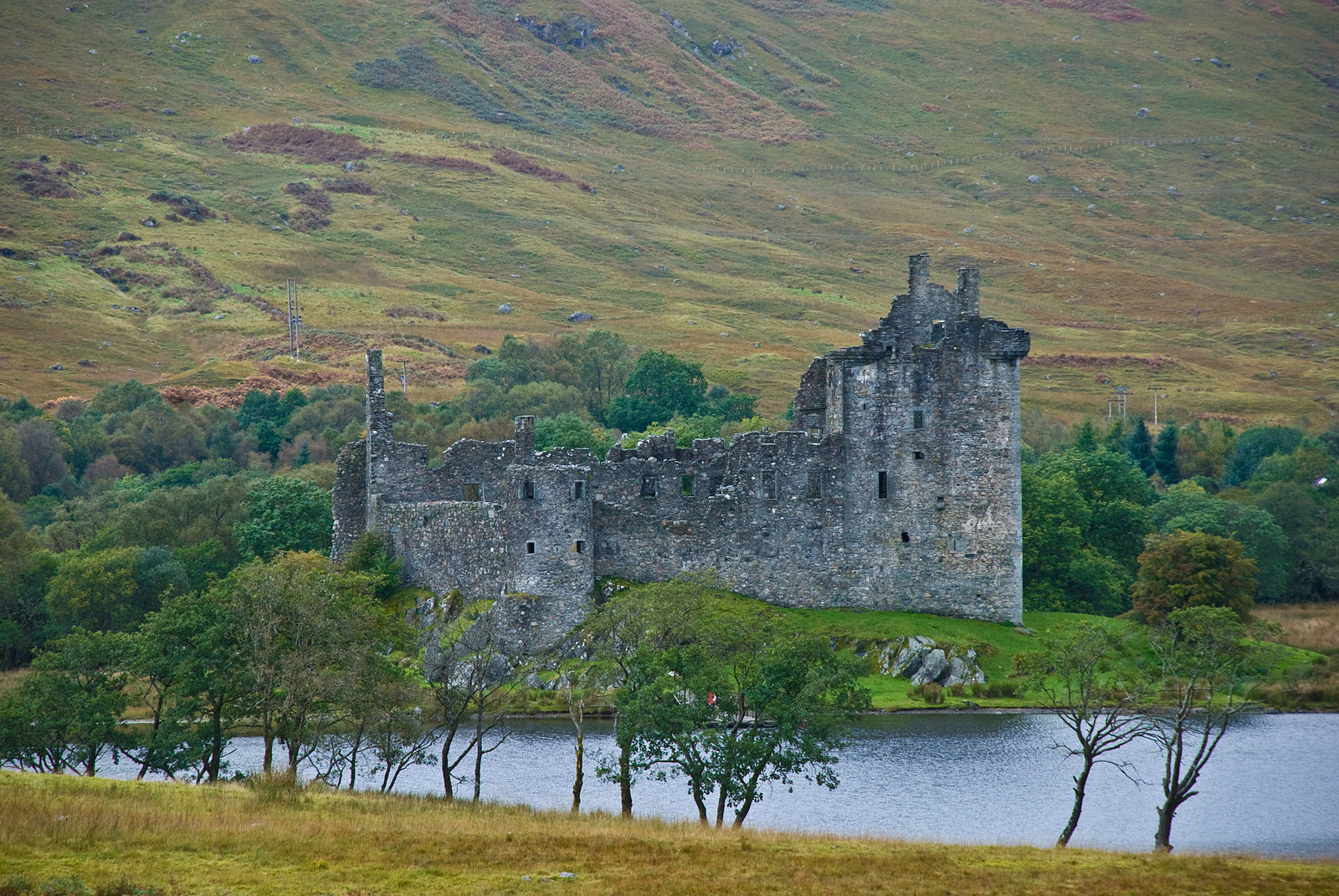 The exact meaning of the old shout is in dispute, but it was probably a confident boast of the inaccessibility of Campbell territory, which includes this 23-mile-long loch. Loch Awe is studded with ancient timber dwellings, called crannogs, and with churches and castles. The castle of the Campbells of Lochawe still stands on an island to the south of here, Innis Chonnel.

Kilchurn Castle was founded by the Breadalbanes in the 15th century and stands on a small tongue at the north-east, where the River Orchy flows through the Strath of Orchy into the loch. It was abandoned in the 18th century, and one of its towers was toppled in 1879 by the same gale which brought down the Tay Bridge. The original outflow of Loch Awe was at its southern tip, towards Jura, but the last Ice Age changed all that when glacial moraine became fertile land. Now the loch discharges in the same direction as the road, through the Pass of Brander, into Loch Etive and the Atlantic Ocean.

Loch Awe is a hidden gem that is worth a visit on your tours of Scotland, contact Ireland & Scotland Luxury Tours now to organise your private chauffeur tour.