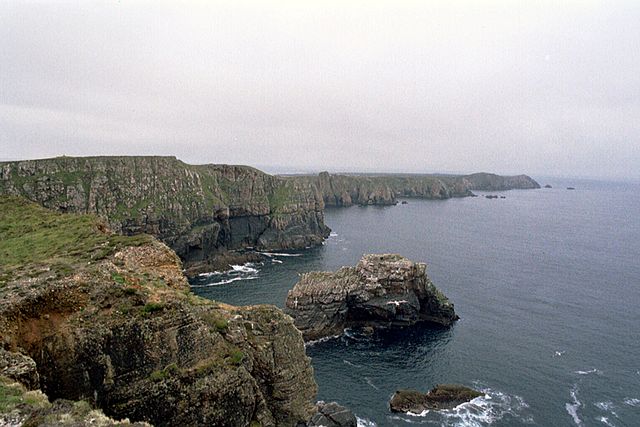 The turbulent Tory Sound separates this windswept island from the north-western corner of mainland Donegal. Given that rough weather can cut off the tiny island for days, it is not surprising that Tory’s inhabitants have developed a strong sense of independence. Most islanders speak Gaelic and they have even have their own monarch; the powers of this non-hereditary position are minimal, but the current incumbent is heavily involved in promoting the interests of his “subjects” and in attracting visitors to the island.

During the 1970s, the Irish government tried to resettle most of the Islanders on the mainland, but they refused to move. Their campaign of resistance was led by Tory’s school of Primitive artists. This emerged after 1968, inspired by a local man called James Dixon who claimed he could do better than a visiting English painter, Derek Hill. Since them then school of artists has drawn a growing number of tourists; the new Dixon Gallery opened recently in the main village of West Town.

There are ruins of a monastery founded by St Columba nearby, or else you can explore the island’s dramatic cliffs and seabird rookeries.

Tory Island is a hidden gem that is off the beaten track, contact us now to arrange your visit on your tours of Ireland.